BOOM Library has announced its new Monsters & Beasts library. They teamed up with video game developer BioWare to create this assortment of numerous creature-sounds for the upcoming online multiplayer game Anthem.

This collection includes a huge repertoire of roars, hisses, bellows, screeches, moans and more to bring all kinds of creatures to life. 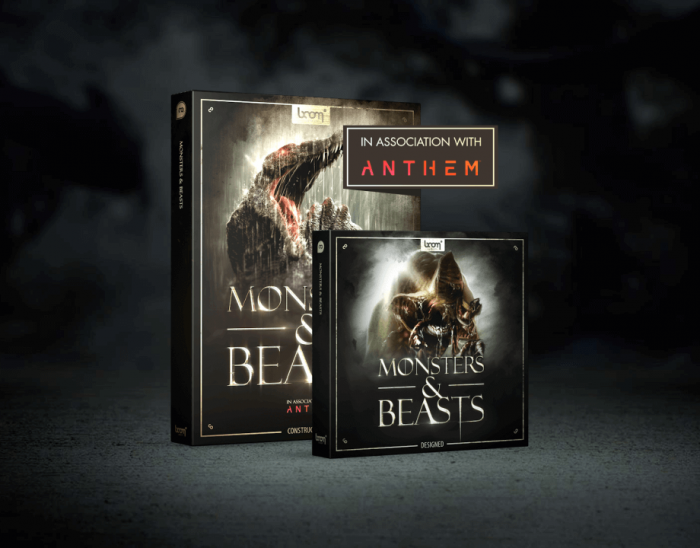 Monsters & Beasts comes in two variations: Construct your own sounds with numerous authentic animal recordings as well as human and prop elements or use the readily available designed sounds.

Additional human recordings and various objects and materials such as snarls, hisses, air releases, squeals, creaks, growls and much more can be used to flesh out your designs.

The Designed package delivers cinematic sounds of varyingly sized animals existing only in legend or on the big silver screen, such as dragons, mammoths, sabre toothed cats, great bears, basilisks and more.

Each beast features an attack, death, idle, pain and scream sound with four different variations each, giving you a diverse, yet instantly identifiable and implementable set of sounds to set to your target medium.

The Monsters & Beasts Bundle includes the Construction Kit and the Designed edition at a reduced price. The Bundle edition comes with a 20% introductory discount until April 9th.