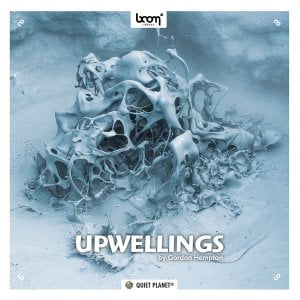 BOOM Library has announced the release of Upwellings, a sample library by Gordon Hempton.

All 31 sound files have smart metadata indicating at which geographic locations they were recorded (SoundMiner® readable). In addition, there are two useful guides: “Sound Designing with UPWELLINGS” provides helpful tips about where to use geothermal sounds. “How to Record UPWELLINGS” provides professional advice on where to go, when to record, and the best position for your microphones.

The UPWELLINGS stereo version is delivered in 48kHz/24bit High Definition Audio and packed into 1.7 GB. We love to provide you with great flexibility and best quality for heavy editing, pitching and fx processing while keeping a top notch level of clarity and precision.

The surround version of UPWELLINGS takes you right there: experience the volcanic power of 5.0 surround geyser and fumarole recordings – not only your ears will jubilate. You won’t lose any of the great content of the stereo version, but will have full access to the unique spectrum of these extraordinary locations with all their sonic diversity. Let UPWELLINGS add to your resource pool and highlight your soundscapes!

Upwellings is available in stereo for the introductory price of 39 EUR until October 31st, 2015 (regular 49 EUR). The stereo & surround bundle is on sale for 79 EUR (regular 99 EUR).

The Loop Loft Flash Sale: 90% off The Platinum Pack