The pedals share the basic design of the companion DD-500 Digital Delay, a best-seller that’s has been lauded for its great sound, powerful editing capabilities, intuitive interface, and expressive real-time control. Carrying on the DD-500 benchmark, the RV-500 and MD-500 offer musicians unlimited creative capabilities with cutting-edge BOSS technology.

The RV-500 features 12 modes and 21 reverb types, and all include sound-shaping parameters like modulation, ducking, and EQ. On tap is everything from standard reverbs to shimmer, non-linear, fast decay, SFX, and more, plus recreations of the classic Roland SRV-2000 and RE-201 Space Echo. Thanks to powerful DSP, players can access a full-featured digital delay with modulation along with every reverb, and even use two patches at once with Simul mode.

Free editor/librarian software is available for both the MD-500 and RV-500, allowing users to edit sounds and organize patches on a computer via USB.

Equipped with BOSS’s flagship-level sound engine, the GT-1B is a powerful mobile tone companion that gives players a diverse selection of pro-level preamps and effects for stage and studio playing.

The GT-1B features 90 unique effects including 13 different preamp types, all specially tuned for bass. Among these are a selection of premium effects that use BOSS’s advanced Multi-Dimensional Processing (MDP) to maintain an instrument’s natural character and response. A dedicated looper is included as well, providing a useful built-in tool for jamming and spontaneous creativity.

The GT-1B’s intuitive interface makes it simple to build sounds and fine-tune parameters — even for players who are new to multi-effects. Easy Select and Easy Edit functions streamline patch creation, allowing beginners and pros alike to achieve polished multi-effects sounds with just a few tweaks.

Though designed to be light and compact, the GT-1B still delivers the rugged durability that BOSS is famous for. In addition, a choice of AC or battery power provides flexibility for performing and practicing anywhere.

Since their introduction in 2016, Katana amps have received accolades for their class-defying sound, authentic tube response, onboard effects, and great value. Portable, battery-powered, and very affordable, the Katana-Mini makes serious Katana tone accessible to everyone – from bedroom players and home hobbyists to traveling and recording guitarists. 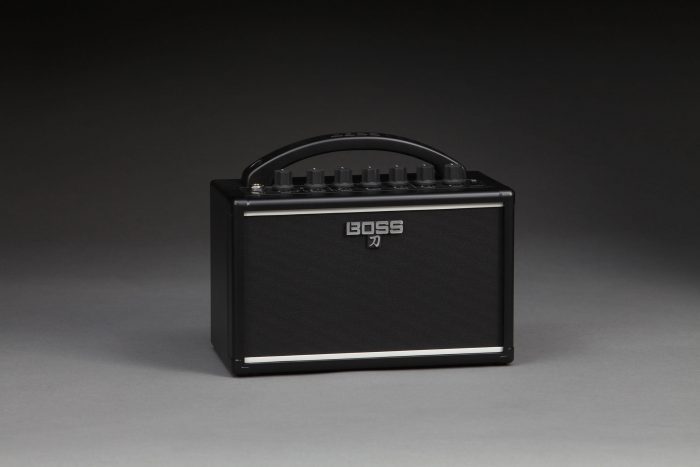 Thanks to BOSS’s comprehensive design approach, the Katana-Mini produces rich, full sound from a modest footprint. The amp weighs just under three pounds, and sits easily on a tabletop or shelf. And with the comfortable, integrated handle and battery operation, it’s convenient to grab the Katana-Mini and travel to all types of indoor and outdoor destinations.

The Katana-Mini is equipped with a Phones/Rec Out with cabinet voicing, providing polished tone for silent practice and recording applications. The amp is also equipped with an Aux In jack for jamming along with music from a smartphone or other playback device.

Save 47% on Wave Alchemy’s Bass Synths and Drum Machines

Novation Bass Station & V-Station synthesizer plugins up to 87% OFF

Get a warm and crunchy sound with RX950 Classic AD/DA Converter,...