BOSS has announced another feature-rich firmware update for the GT-1000 Guitar Effects Processor.

Free for all GT-1000 owners, the Version 3 update brings bass guitar support with three AIRD bass preamp types and a large selection of bass-tuned effects. Manual and Pedalboard modes have been added as well, offering even more options for real-time effects control. 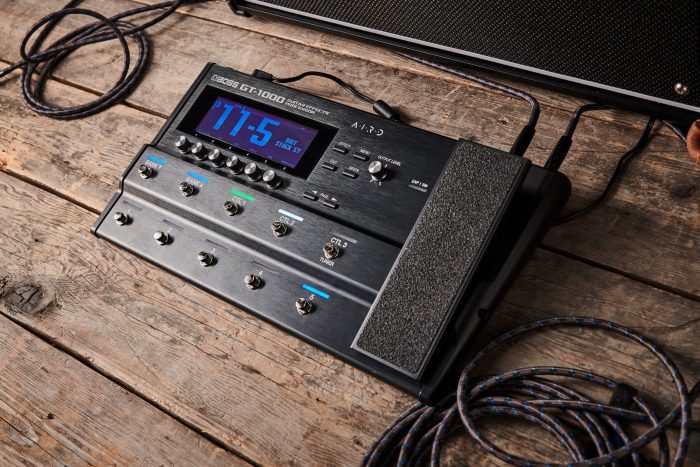 The GT-1000’s AIRD Output Select library has also been expanded with 13 new selections, providing optimized interfacing with a wider range of amplification systems.

The flagship GT-1000 has received universal acclaim for its class-leading sound and feel, extensive effects, versatile real-time control, and travel-ready size. Standout features include a high-powered custom DSP engine, 32-bit AD/DA, 32-bit floating-point processing, and 96 kHz sampling rate throughout, plus the ability to edit patches wirelessly via built-in Bluetooth® and a dedicated app. The GT-1000 platform continues to evolve through ongoing firmware development, with each revision adding new features and functionality enhancements requested by GT-1000 users. 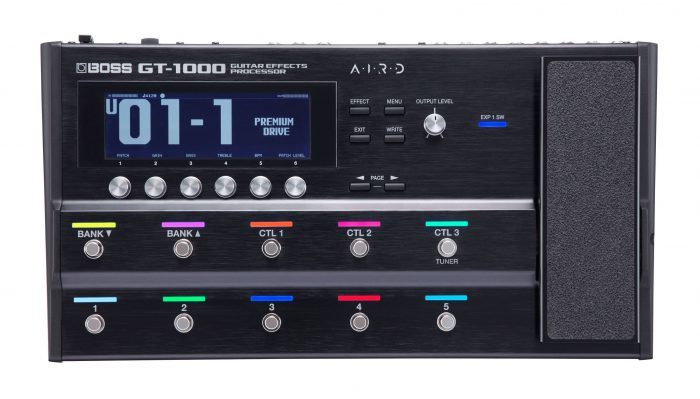 GT-1000 Version 3 includes new footswitch modes for even more control on stage and in the studio. Manual mode—a popular feature found in previous-generation GT processors—allows the user to set up on/off control of any amp or effect on a secondary layer that can be accessed with a footswitch assignment. The all-new Pedalboard mode takes an even more direct approach for players wanting a traditional stompbox experience, providing a dynamic effects layout that’s outside the normal patch structure and always ready to go when needed.

One of the GT-1000’s most powerful benefits is its AIRD Output Select functionality, which gives the user consistent tone with any connected device, whether it’s a regular amp input, amp effects return, PA mixer, or recording interface. Version 3 adds 11 types to the large guitar-based AIRD Output Select collection in the GT-1000, plus 2 types for the new AIRD bass preamps.

The GT-1000 Version 3 update is available as a free download and can be installed by connecting the GT-1000 to a Mac or Windows computer via USB.