BOSS has announced the release of limited edition anniversary versions of the SD-1 Super Overdrive and MT-2 Metal Zone, two of the longest-running and most popular models in the company’s leading lineup of compact effect pedals.

The SD-1-4A celebrates 40 years of continuous production, while the MT-2-3A celebrates 30 years. Each pedal features a black body with unique styling and will be available throughout 2021 only.

Many BOSS compact pedal models have been continuously produced for multiple decades, and the SD-1 Super Overdrive and MT-2 Metal Zone are two of the most revered. Scores of innovative and trendsetting guitarists across all genres have adopted these pedals for their core tones and used them to create some of the most popular and influential music of all time.

Introduced way back in 1981—the same year that MTV launched and mass-market personal computers began to take off in large numbers—the SD-1 Super Overdrive has remained a players’ workhorse for four decades strong.

Its distinctively smooth voice is derived from the groundbreaking OD-1 Overdrive, one of the three original BOSS compact pedals from 1977, and also the pedal that created the now-ubiquitous “overdrive” category in the industry.

Powered by a unique asymmetrical clipping circuit that produces the pleasing sound and feel of a driven tube amp, the SD-1’s rich, versatile, and highly musical tone continues to inspire guitarists everywhere. 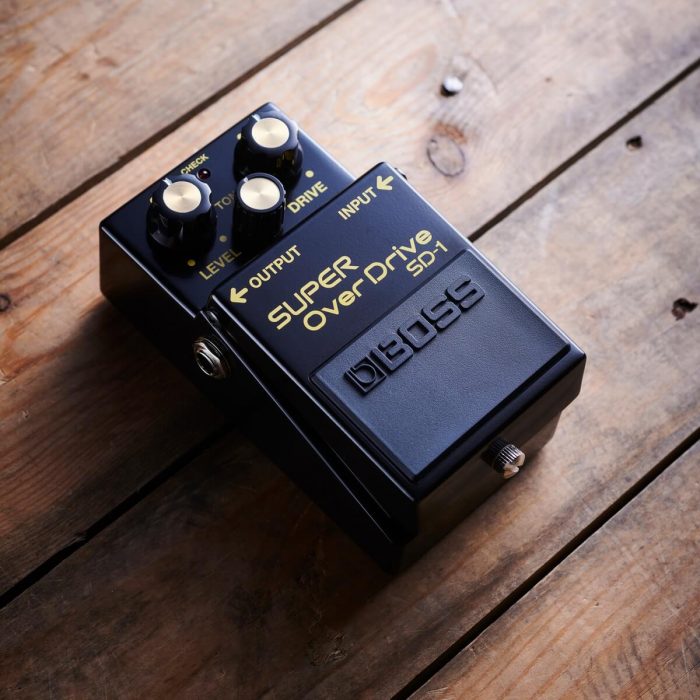 The commemorative SD-1-4A features a black body with yellow lettering, gold-capped knobs, and a vintage silver thumbscrew for the battery compartment and comes in a box with a special 40th Anniversary logo.

Unleashed in 1991 as heavy and aggressive music styles started to hit full stride in the mainstream, the iconic MT-2 Metal Zone continues to reign supreme as the king of high-gain distortion stomps for devoted fans around the world.

With over one million sold and counting, the MT-2 is the second most popular BOSS drive pedal after the DS-1 Distortion.

Its famously thick, saturated sound is perfectly suited for metal music and is also great for playing powerful rhythms and soaring solos in other genres.

A standout feature of the MT-2 is its three-band active EQ with semi-parametric midrange, which provides extensive tone-shaping range that goes far beyond the capabilities of most analog distortion pedals. 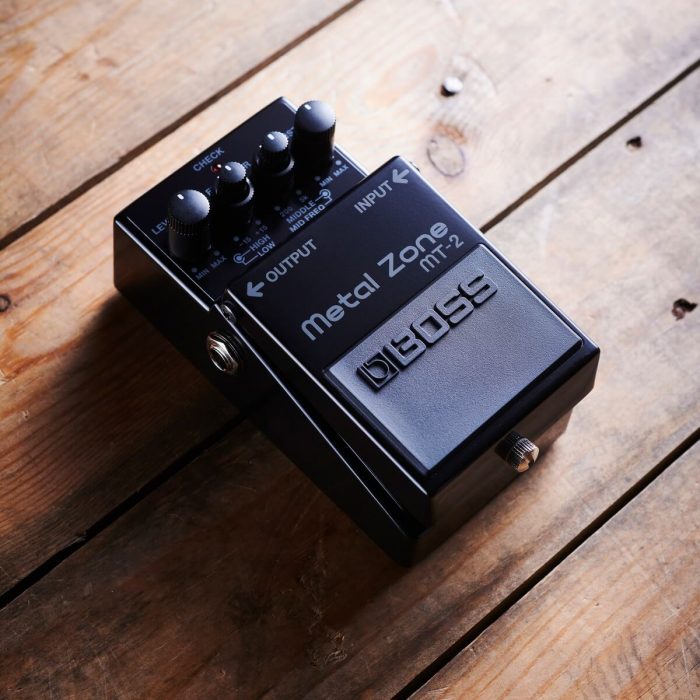 The commemorative MT-2-3A features a black body with gray lettering and a vintage silver thumbscrew for the battery compartment and comes in a box with a special 30th Anniversary logo. 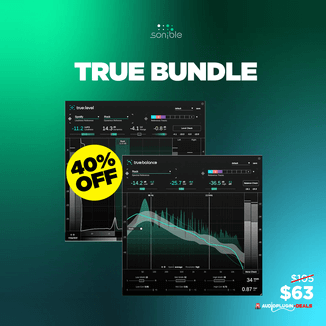