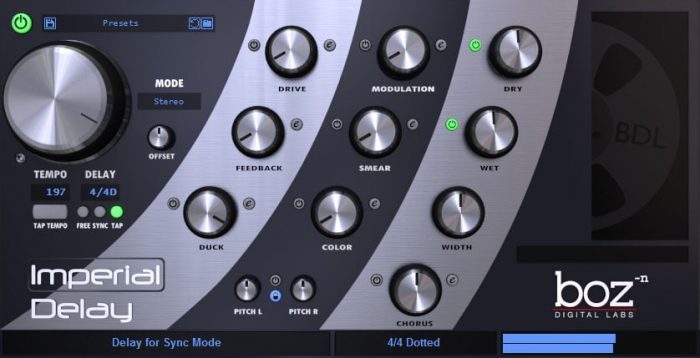 Imperial Delay was designed from the beginning with two goals: Be the most powerful delay, and be easy to use. As it turns out, those two requirements tend to be at odds with each other. Some delays give you lots of control but require you to get out your lab coat and calculator in order to use it. Other delays sound great with only a couple knobs, but give you almost no options. Imperial Delay does both.