BX give you a handful of perfectly modeled tube-amps, and the way they have captured COMPLETE recording chains in some of the best equipped studios with the help of very experienced engineers is simply revolutionary. Select your favorite speaker, choose your amp, tweak the gain and EQ settings, and there you go.

World-class guitar sounds, recallable and reliable. If you have ever tried to record the same identical amp in the same studio twice and ended up frustrated because the results just were NOT the same in the end you know what we are talking about.

Unlike most other guitar amp plug-ins, bx_rockrack can be controlled just like a real amp and small effects rack; moreover, with so many perfect-sounding set-ups to choose from, its recording chains need not be edited or altered — simply select the cabinet, microphone, studio, and… keep on rockin’ in the real world! A nice-sounding vintage delay, noise gate, and high-quality guitar tuner are also at hand, helpfully, while some innovative Brainworx filters speedily shape amp set-ups with ease.

bx_rockrack can easily be played live since it offers a CPU-friendly, ultra-low-latency engine, so multiple instances can comfortably be run on any modern computer. The basic version includes the amps, recording chains, and Effects Rack, while the soon-to-be released PRO version will offer additional guitar-orientated plug-ins, plus an ability to use the bx_rockrack recording chains with other guitar amp plug-ins, or even real guitar amps via their line-out connections to the computer. 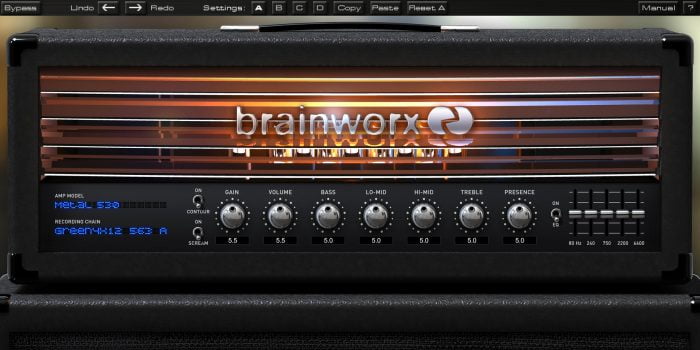