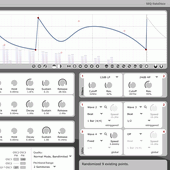 Cableguys has released version 1.1.1 of Curve, a virtual synthesizer instrument for Windows and Mac.

With this update now demo version users of Curve can also add their presets to the preset library. Besides this, the release is all about fixing bugs and flaws