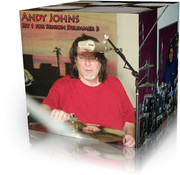 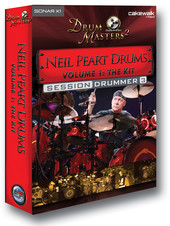 Recorded by producer Nick Raskulinecz (Rush, Foo Fighters, Alice In Chains) this powerful stereo kit offers the ultimate high fidelity rock sound with incredible realism. Coming from the acclaimed Drum Masters 2 and Studio ProFile series, Sonic Reality has crafted this legendary kit in Session Drummer 3 format so SONAR 8.5 and SONAR X1 users can enjoy one of the finest sampled kits in the world.

This custom DW kit was made to spec for Neil Peart, complete with a unique 23″ kick drum, wide array of toms, cymbals and a rocking snare recorded through vintage Neve® channels using vintage tube and ribbon microphones by engineer/producer Nick Raskulinecz. This powerfully expressive drum kit packs in the punch and delivers dynamic acoustic drums like nothing else.