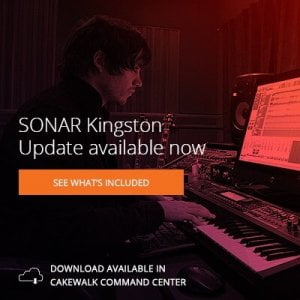 Cakewalk has announced the release of SONAR Kingston, the latest rolling update of its SONAR music production software for Windows.

We’ve given you innovative new latency-free integrated plug-ins like Drum Replacer and VocalSync, developed workflow-enhancing tools like Mix Recall and Universal Routing Technology, delivered tons of useful presets for your FX Chains and ProChannel Modules, and expansions for your instruments. And we’re not slowing down.

The update is now available from the Cakewalk Command Center.

Cakewalk has also announced it is offering 33% off on SONAR upgrades and Cakewalk synths. 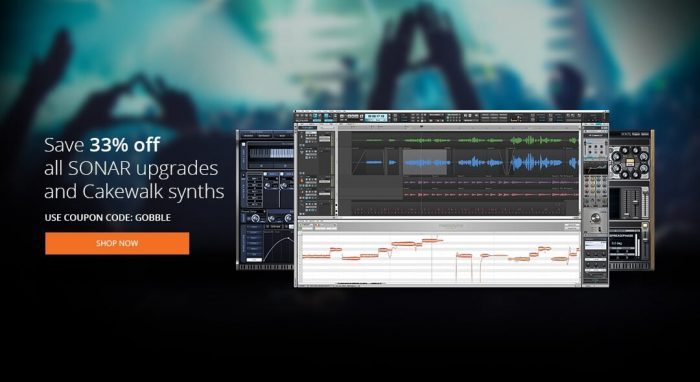 Get a head start on the holiday season with our biggest savings to date on SONAR. Now through November 30th, save 33% off your upgrade to any version of SONAR. Just use Coupon Code GOBBLE to get instant savings.

Use coupon code GOBBLE to take advantage of this offer. Expires November 30th, 2015.