Casual Computing has announced the release of the Sputter music sequencer app for Android. The app is built using several open source technologies, including Pure Data and Faust for the audio engine and LibGDX for graphics and UI. 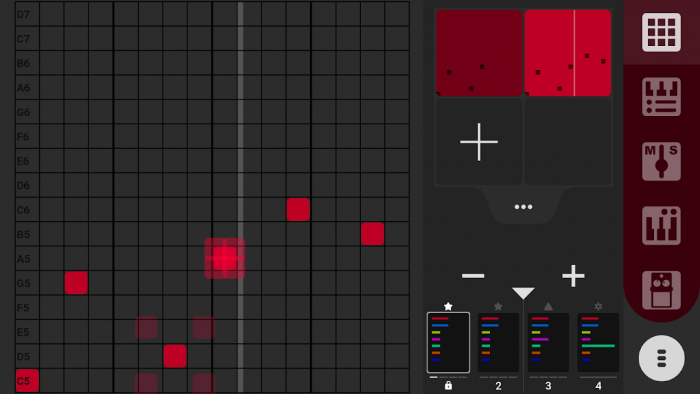 Sputter is an easy to use but capable mobile music making app. It has a mobile friendly user interface and does not require previous knowledge of music to create great tracks.

Instead of emulating traditional desktop music software it uses a mobile friendly approach inspired by more recent mobile offerings. At the same time it is not just a toy, and by exploring the help slides and the app itself you will discover several features uncommon in similar music making apps.

The Pure Data patch Spitback which Sputter is based on is is available under a free and open license.

Soundiron’s Tablas 2.0 percussion library for Kontakt on sale at 30% OFF