CFA-Sound has announced the release of Massive Berlin Techno Presets, a new soundset featuring a collection of 94 patches for the Massive synthesizer instrument by Native Instruments. 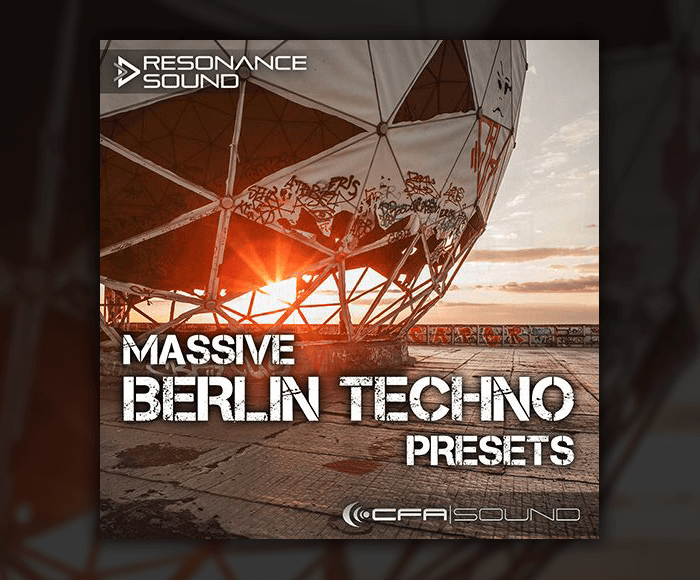 For many Berlin is the true capitol of techno, not just by it`s legendary clubs such as Tresor, Berghain and Watergate, also by being home for many different facettes of techno itself – from ruff underground techno up to melodic and minimal techno. Wouldn`t be the best way to appreciate this long term techno culture and influence with a supreme sound collection of 94 presets for a truely Berlin-based synthesizer from Native Instruments? Exactly – here you go with CFA-Sound`s Massive Berlin Techno Presets!

Inspired by the sound of artists like Adam Bayer, Enrico Sangiuliano, Oliver Koletzki, Thomas Schuhmacher, Pig&Dan, Monika Kurse, ANNA, and others – all presets are designed to fit right away in your mix, and together with the full possiblity of all 8 macro controllers engaged, you can change the sound of every preset massively in no time and let your creativity take over. No matter if you`re more into underground techno, minimal techno, tech house or melodic techno – this soundset will give you the sounds you need for your own Berlin Techno journey!

The soundset is available from Resonance Sound for 19.95 EUR. A purchase includes an exclusive discount code for the GRIP Valve Drive Compressor plugin.