Chris Hooker has announced an updated to the Octaver OC-D2 plugin, a free octave divider effect for Windows. 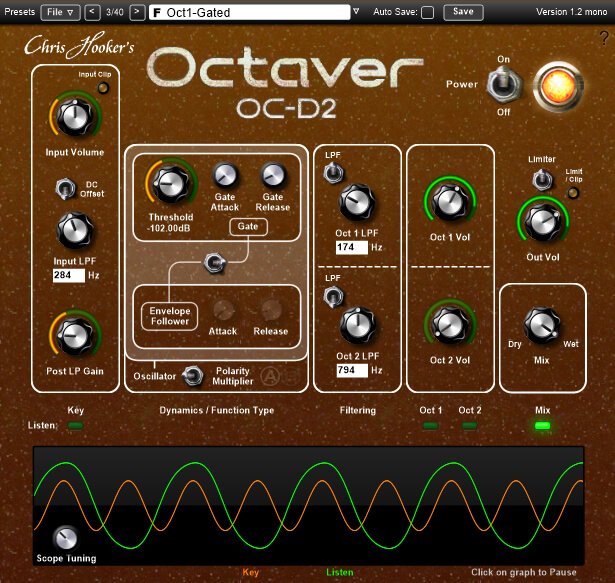 Based on the Boss OC-2, this plugin generates signals one and two octaves below the original. Version 1.2 comes with two distinct modes.

Mode A (old version) flips the polarity of the key signal directly at the positive zero-crossings. This abrupt change in direction causes additional harmonics, and results in a brassy tone (although can be filtered out).

Mode B is a more complex circuit, and a more accurate simulation of the original Boss OC-2 pedal. A different version of a flipper circuit is used for this mode. Here, the key signal is DC-offset so that negative peaks sit at zero amplitude. The signal is then flipped in polarity when the peaks hit zero. Since the peaks/crests of the sine(ish) waves of the filtered key signal slow their rate of change at the point where they begin to change direction, crossing at this point instead of at the quick zero-crossing of the original waveform results in smoother transitions with less harmonics.

Octaver OC-D2 is available as a free download as a 32-bit VST plugin for Windows.