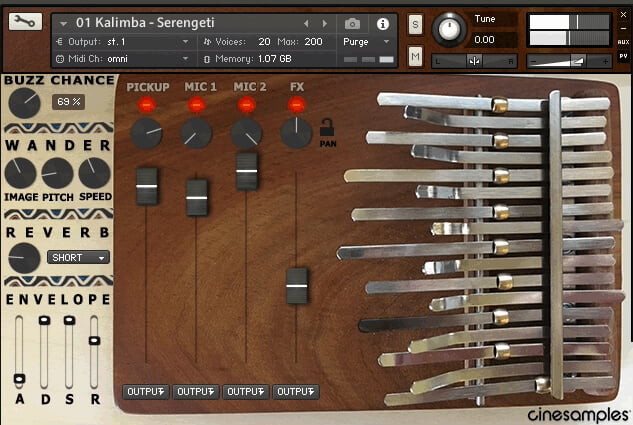 The library features a deeply sampled African kalimba, offering a wide variety of sounds and textures and an intuitive interface.

The World Series Kalimba script features intelligent round robin selection, which forces as much variation in the performance as possible.

The Kalimba we sampled has 17 tines; two octaves of C minor pentatonic with 4 duplicate tines, G3, Bb3, C4 and Eb4. The instrument alternates between duplicate tines and shows which tine is currently being played.

Each microphone perspective and the FX layer can be routed to specific outputs, allowing for more flexible mixing.

Kalimba for Kontakt 5.5 or higher (full version) is available for $49 USD.