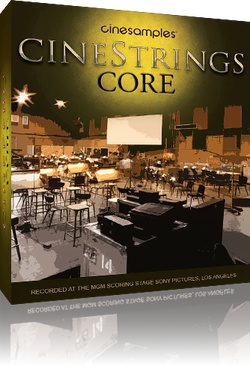 CineStrings is revolutionary in its power and simplicity for recreating the sound of the orchestral string section. The library was designed by composers, for composers, with direct feedback from the film music community during its development. The result is a string library that is easy to use, composer-friendly, with unparalleled recording quality.