Cinesamples has announced the release of version 2 of Piano in Blue, a sample library for Native Instruments Kontakt, featuring a historic 1949 Steinway D piano.

Piano in Blue is an exceptional instrument with great history, and we are thrilled to announce some updates that make this piano sound even better, along with some options that allow you greater control. 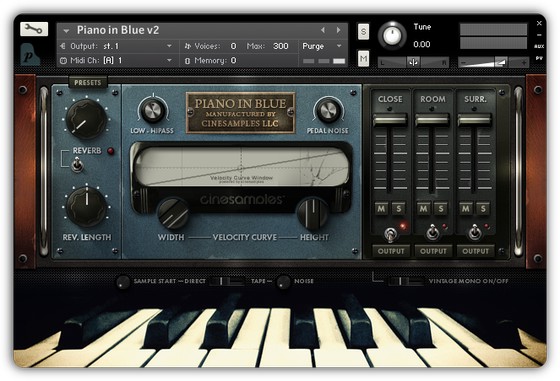 The Steinway D Concert Grand featured in Piano in Blue was used in recordings at Columbia Records 30th Street Studios in the 50’s and 60’s, notably including Glenn Gould’s “Goldberg Variations” and “Kind of Blue” by Miles Davis.

Changes in Piano in Blue 2

The Piano in Blue library is available to purchase for $99 USD. Full version of Kontakt 4.2+ required.