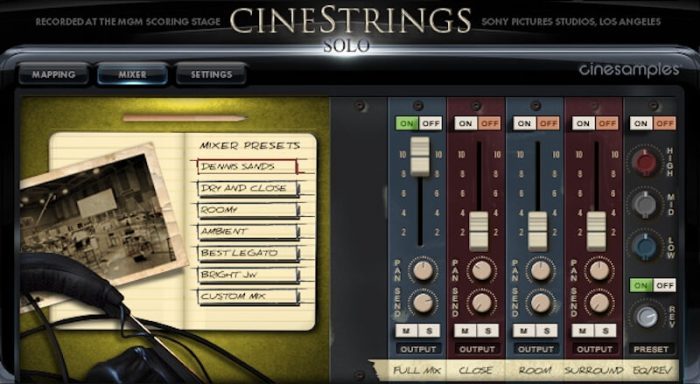 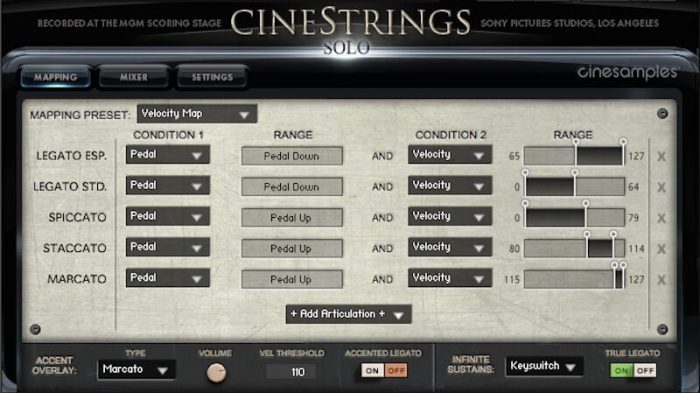 CineStrings SOLO was recorded at the world famous MGM Scoring Stage at Sony Pictures Studios in Los Angeles. Recorded and mixed by veteran legend Dennis Sands, the CineStrings SOLO Library enhances our essential CORE collection with masterful performances and recordings of some of the greatest LA scoring musicians. This collection will function as an exceptional cinematic voice of its own in your sound palette. An expressly composer-friendly solo string library, CineStrings SOLO is intuitive, versatile and complements its predecessors beautifully in both usability and sound.

As with all CineSymphony libraries, the CineStrings SOLO library does not require you to purchase any additional sample playback software, and is licensed to work with the Native Instrument’s free Kontakt Player. All you need is a sequencer like Logic, Cubase, Digital Performer, LIVE, Pro Tools, Cakewalk, or even Apple GarageBand and you’ll be up and running. You can also use CineStrings SOLO with your favorite notation software such as Sibelius or Finale.

CineStrings SOLO is available for purchase for $399 USD.