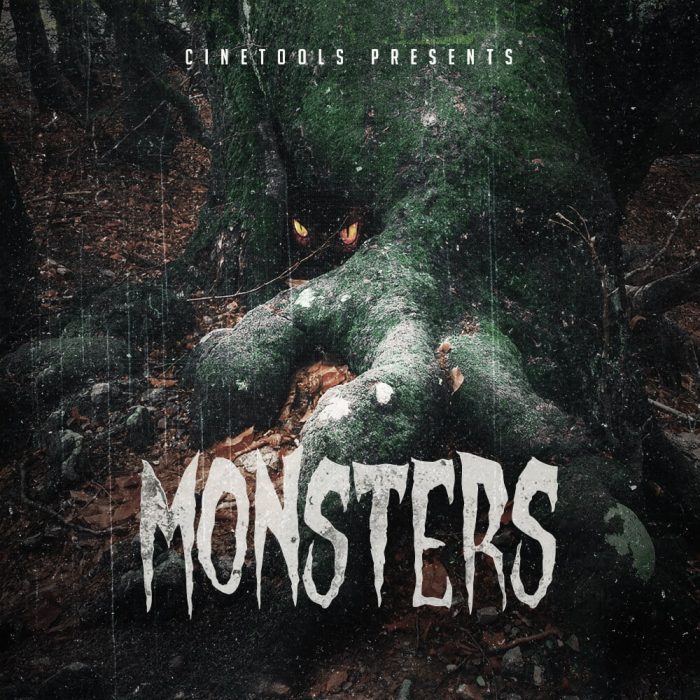 Monsters movies just wouldn’t be as cool without the big roaring sounds they come with. The power of the monster is made all the more palpable by the sound of that raucous roar. Even when the monster isn’t visible on screen, the sound of his rattling in the background is enough to set your teeth on edge!

This ferocious monster library has been designed by way of this thought with awareness of the needs of producers who want to improve their imagination.

“Cinetools” bring you this imaginary monsters and creatures SFX library – featuring powerful and disturbing roars, menacing snarls, creepy hisses, angry bellows and much more for your fantasy creatures, being them giants, orcs, trolls, dragons or any kind of monstrum family! Are you ready to feel the fear of facing down brutal beasts!

‘Monsters’ will give you all the tools you need to create the perfect fight between monsters and beasts. Get more than +1200 high quality sound effects to create your own immortal monsters – this library offers you a wide range of sounds with different moods to create your own barbaric monsters hidden in the underground. Including everything from aggressive and guttural growls to angry grunts, disgusting slobbers to noisy snores, weird mumbling to throaty and rageful roars, vicious hisses to monstrous breaths and blows, snapping snarls to frightening screams and yells – which is all you need for something truly terrifying and convincing. Creature SFX is here and the options are limitless, let your imagination and the creatures run wild!

Monsters is available from Loopmasters for £59.95 GBP.