Novation has introduced the latest in its Circuit family of grooveboxes designed with a hands-on screen-less production workflow for instinctive creativity. 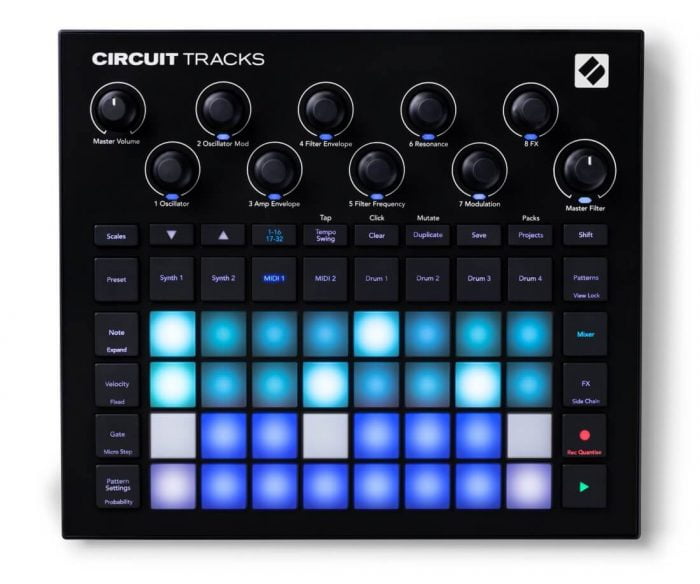 Build intricate synth parts and load your own samples with ease. Effortlessly construct sequences, douse everything with FX and keep inspired. With its rugged, compact build and a built-in rechargeable battery, Circuit Tracks is the perfect hands-on device for the agile music maker.