Plugin Boutique is back with another Top 5 Friday video, this time rounding up some of the best de-esser plugins.

With two bands of de-essing, modelled off a respected hardware processor, this one is for every hardware-head out there who absolutely demands analogue-style de-essing. Those circuit modelled deharshed tracks don’t come cheap though, knocking your wallet for £170.

The compression algorithms used in Weiss Deess were taken from Softube’s Weiss DS1 Mk3 compressor plugin, and you also get advanced controls such as latency and sidechain tweaking, then attack and release, ratio, knee, and make-up for each of the two bands.

This is a mastering de-esser for the masters, but it might be too much power and cost for every single use case.

This one doesn’t just clamp down on sibilant signals, it separates them from the wanted voice signal and lets you treat both differently, using discrete analogue-style EQ settings for each with filter type, frequency, gain and resonance controls to select. 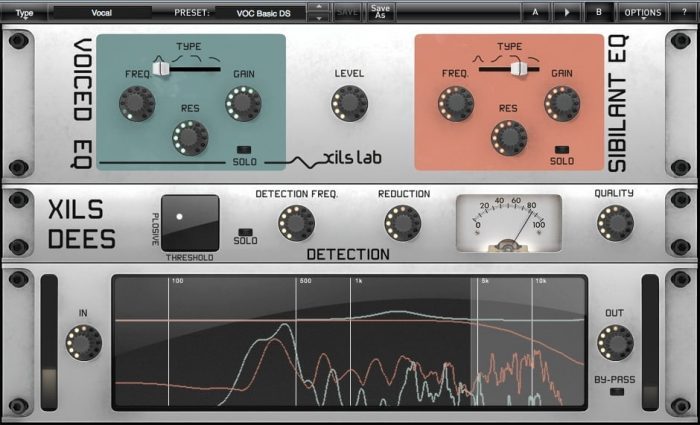 In the Detection circuit, you get to specify the frequency, reduction amount and the quality, which controls how fast the processing takes place. There’s also a plosive detector to help get things perfectly aligned for the vocal signals you actually want.

The uncompromising big daddy of Accusonus’s standard De-esser plugin, which happens to be at number one in this list, ERA De-Esser Pro is the better-quality option, but whether it’s worth the extra money is up to you. This one is the priciest in this round-up, coming in at £235.

Like the cheaper version, De-Esser Pro has one-knob operation, detecting and removing S sounds without you having to do very much. But in this version, you can go much further with your war on S sounds, thanks to Focus and Shaping controls that help you home in on exactly what’s wrong with highly essy recordings.

It’s might hard to say no to FabFilter, with their legendary Pro-Q, Pro-C, Pro-MB and plenty of other plugins, but Pro-DS takes on – would you believe it – de-essing, with the usual intuitive, simple-to-use and straightforward operation that we’ve all come to associate with FabFilter and their wares.

You can narrow down the range of operation across the frequencies, dial in compression-style controls to reduce the sound with Threshold and Range parameters, add a sidechain input, and operate in both Wide and Split band modes. With the Allround de-essing mode, you can use Pro-DS as more of a de-harsher, taking the strain of cymbals and other harsh material instead of just using it on vocals.

And here’s the counterpart to the Pro version mentioned earlier. The standard edition of the ERA De-Esser takes those S sounds out of vocals with a simple twist of the knob, letting Accusonus’s intelligent algorithms do the work while you sit there in your own sense of self-satisfaction. What’s more, it’s only a simple £47.

Turning up the big knob is really all that’s needed to make short work of essy sounds in well-recorded audio material, but you can further refine what’s going on under the hood by selecting between Narrow, Normal and Broad modes, and engaging the Intense knob. There’s A/B operation for comparing different setups, so you don’t pickle your ears by listening too hard.

You can check these and more de-esser plugins at Plugin Boutique, and free trial versions are available for download.