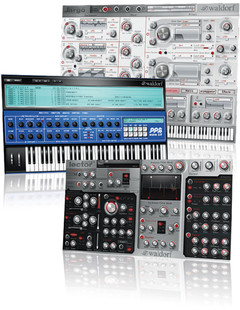 Computer Music has announced a competition in which you can win Waldorf plug-ins.

The deadline is 9 February 2012. Due to competition laws, the competition is open only to UK/US residents aged 18+.