Musicians and technologists describe the Haken Continuum as the world’s most uniquely expressive electronic musical instrument. As in previous years, ContinuuCon 2020 will extend an opportunity for Continuum players, sound designers, software developers, and electronic music enthusiasts to explore the Continuum Fingerboard and ContinuuMini through performances, workshops, lectures, and more. 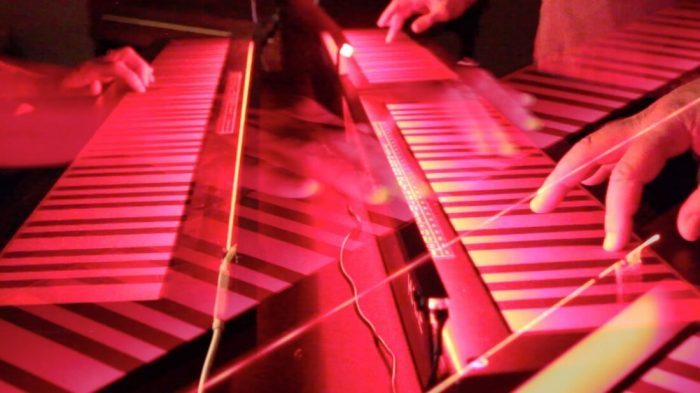 University of Illinois professor Dr. Lippold Haken and Canadian film and TV composer Edmund Eagan developed the Continuum, the ContinuuMini, and their internal sound engine, the Eagan Matrix, over decades of collaboration. Both men will be on hand throughout the event and will be joined by numerous other authorities to share their knowledge and musical expertise.

On April 27th, just two days after Superbooth ends in Berlin, the conference will begin with a reception for attendees followed by a public concert at the Theatre S.Joao in Palmela. For the next two days, Continuum experts and master musicians will give presentations and demos at the Palmela Public Library. In addition, Expressive E will give us a sneak peak at their remarkable Osmose synthesizer, which also incorporates the Eagan Matrix.

Previous Continuum Conferences have been held at IRCAM in Paris, France, and at the University of North Carolina in Asheville, NC. Well-known Continuum players include Game of Thrones composer Ramin Djawadi, Brazilian electro-acoustic musician Amon Tobin, film composer A.R. Rahman, Dream Theater keyboardist Jordan Rudess, and The Who’s Pete Townshend, who said, “I absolutely adore it. It’s a superbly expressive instrument. The Continuum is already inspiring me to new ideas.”