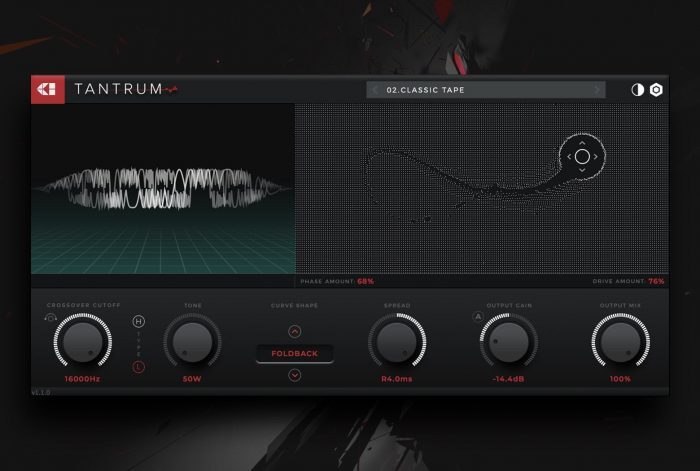 Tantrum features two distortion stages. First, a wave shaping stage, featuring five classic curve shapes from soft tape saturation to aggressive foldback distortion. Next, a completely redesigned phase modulation distortion, taking the original input signal through a stereo delay to modulate the phase of the distorted signal, bringing new subtlety to “warmth” and new aggression to “overdrive.” Finally, Tantrum offers a gorgeous interface with reactive and interactive visualizations to help you get to the sound you need.

Tantrum (VST/VST3/AU) is available for $49.99 USD. The update is free for existing Tantrum owners.