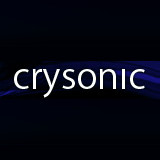 Crysonic has announced the imminent release of Version 4 of their flagship product Spectralive NXT and it will available by mid February for Mac OSX and PC in all native formats.

Amongst many new features Spectralive NXT V4 HD will now be a native 64-Bit plug-in for both PC and Mac as well as offering 32-Bit compatibility.

Spectralive NXT V4 HD has been re-coded for speed providing at least up to 30% better CPU usage together with many new features such as a full 3D high-resolution Real-Time FFT Spectrum waveform display (there is also the option to use anaglyph red/blue glasses ) and a Spectrogram display enabling precise monitoring of the effected audio, including many other new features and improvements. Spectralive V4 HD now works in 2 switchable modes between Simple and Advanced GUI settings giving the user the ability to choose the mode that best suits their requirements.

Spectralive V4 also increases the number of methods by which the user can convert a mono signal such as vocals to a true stereo signal using new proprietary algorithms attaining exceptional and outstanding results. The included 11 Band Look-ahead Soft Peak limiter /EQ /Maximizer with intelligent clip warning assistant has also been re-coded for finer control, CPU efficiency and enhanced quality. A Final Master Clipping prevention system ensures your audio does not distort and this can be switched on or off. More features to be announced until the launch date so stay tuned.

Taking the lead from the very popular previous Spectralive plug-in, SPECTRALIVE V4 HD will be available to purchase on-line from the crysonic website by the middle of February 2011 for Mac OSX Universal Binary, VST and PC VST formats as a native 64-Bit plugin.