CWI Technology has announced a public beta of TX16Wx 2.0, a software sampler instrument for Windows.

After months of development and closed testing, I am proud to present the long awaited public beta of TX16Wx version 2.0, now available on the new website http://www.tx16wx.com/.

The worlds greatest sampler now comes with a more user friendly, re-sizable GUI, built for drag and drop operation, as well as full Undo/Redo support for easy editing. Tool tips and context-sensitive help now make it easier than ever to quickly get up to speed with the instrument. There is now also a built-in file browser with drag and drop loading and improved bookmark handling.

The sound engine has also added three new step modulators as well as new modulation sources and destinations, making the sound tweaking possibilities greater than ever. New import formats, such as Ogg vorbis and SFZ files, as well as improved Soundfont 2 support makes a large set of pre-existing material available to the instrument. 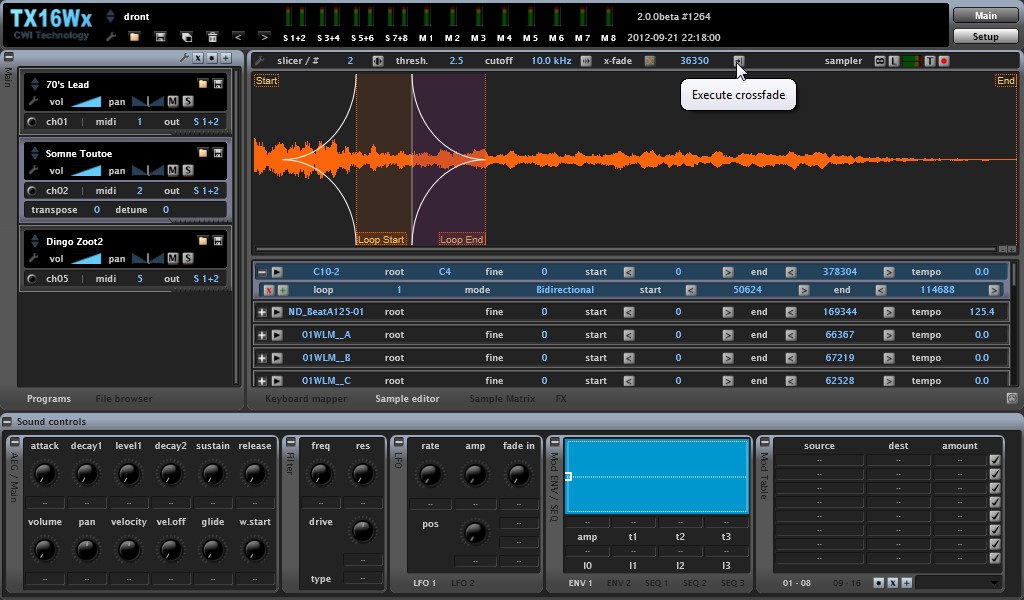 TX16Wx is a free, multitimbral VSTi software sampler instrument plugin, modelled after professional hardware samplers from the 80s and 90s.

The public beta is available to download at no cost (Windows VST).