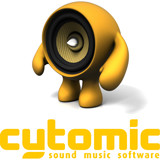 Cytomic has announced The Drop, a filter effect plugin for Windows and Mac.

There has been lots of interest in Cytomic’s second product and we are proud to announce it will be an analog modelled resonant filter plugin. It is still in construction but we’ll post audio demos and news until the final release which is planned for December 2011 (possibly before if we can manage).