D16 Group has announced Devastor 2, the upcoming update of the Devastor multi-band distortion unit plug-in for Windows and Mac. 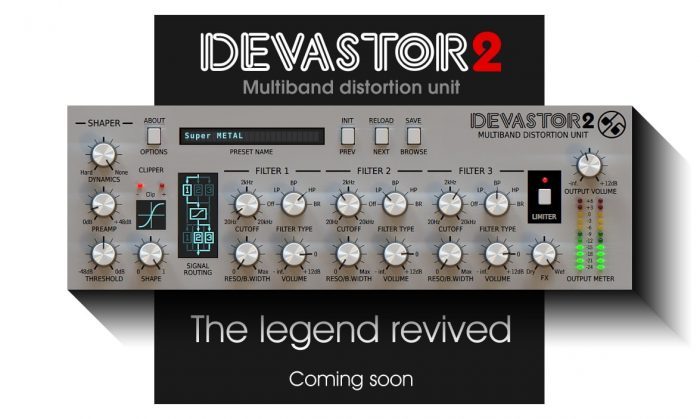 Along with new tag-based preset management system, alternative UI sizes and refined plug-in configuration, which comprises on new plug-in framework, D16 Group puts in your hands the classic character of the Devastor distortion spiced up with bunch of new creativity-releasing features.

Devastor owners can count on nice upgrade pricing, which also includes free upgrades for licenses purchased in 6 months grace period. D16 Group won’t forget about the owners of some other SilverLine titles. Custom coupon codes will be send out to everybody qualified for the discount at the day of release.

Devastor 2 will be available for Windows and Mac in VST, AU, AAX and Rack Extension plug-in formats.