D16 Group has announced the upcoming Toraverb 2, an update of its versatile reverb audio effect plugin for Windows and Mac. 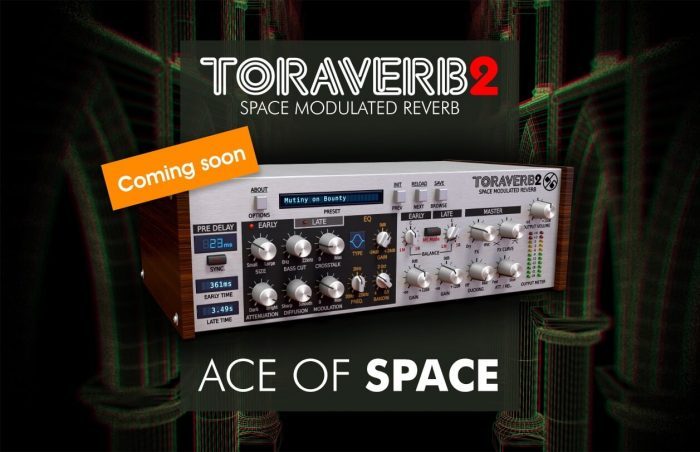 The update includes selectable curves for the parametric EQs, as well as realistic tweakable crosstalk for a better impression of physical space.

Ace of Space is coming – new version of our well known effect the Toraverb 2 – Space Modulated Reverb is almost here.

Customers purchasing Toraverb now (39 EUR) will receive the upgrade to Toraverb 2 for free when it is released.