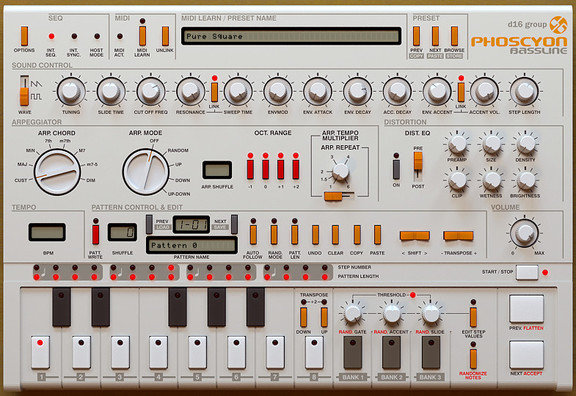 This is the first fully compatible AudioUnit version and update of VST version, that come with many new features and improvements.

Phoscyon sounds better due to many changes in the synthesis. It also works better and benefits from the addition of the standard functions found on the rest of the D16 plug-ins. This update adds new freshness to Phoscyon. There’re 303 reasons to have it.

Phoscyon is available to purchase as an instrument plug-in for PC and Mac (VST/AU), priced at 59 EUR. It is also included in various bundles at a discounted price. The update is available to download to registered users at no cost.