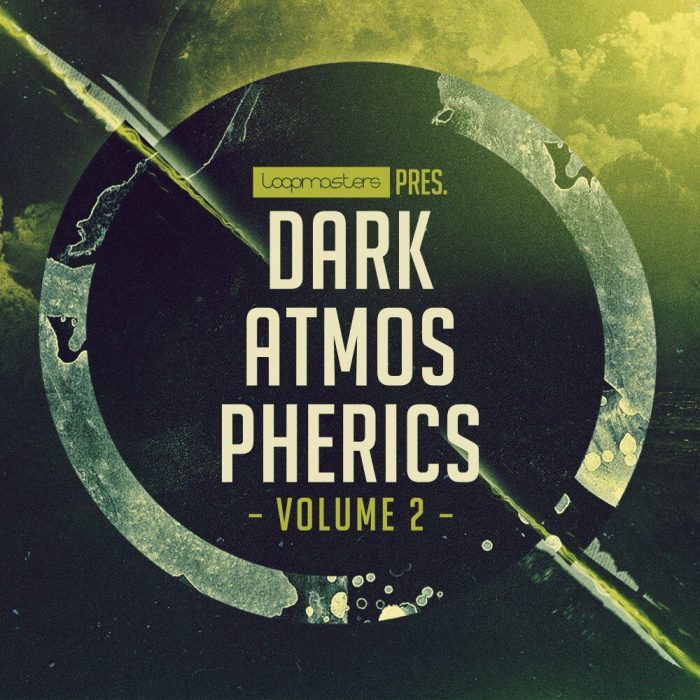 Dark Atmospherics 2 comes with over 1.5GB of content, with Loops, One Shots and Sampler Patches primed to contort and warp your music immediately. Everything you hear has been crafted, programmed and produced to the expert standard you’ve come to expect from Loopmasters. Over 500 individual elements are included with lucid Atmospheres, searing Basses, modulated FX and powerful Synths, produced by our diabolical companion and captured in 24 Bit clarity.

Featuring 200 gritty, futuristic and dangerously PHAT Drum Loops at 4 tempos, Dark Atmospherics 2 is ideal for layering the mix and syncopating your groove. In excess of 300 One Hit samples provide the melodic and atmospheric elements you need, with a wealth of multi-sampled instruments to play from within your daw primed for instant use. Over 200 Rex2 Loops and 153 Sampler Patches are included to morph and mutate the sounds even further into the night.

At 85-174BPM, Dark Atmospherics 2 is ideal for Hip Hop, House, Drum & Bass, Synthwave, Techno, Breaks, Trap and anything in need of some evil atmosphere!

If you like the sonic cinematic evolutions of Amon Tobin/2 Fingers, Burial, Spor & Murcof and you’re a fan of Dark Atmospherics Volume 1, this is the pack you’ve been waiting for. All musical content is key labelled for instant integration in your projects.