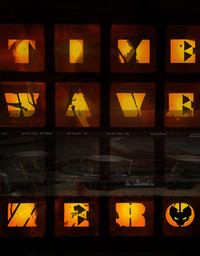 Dark Side of the Tune has announced the release of Time Wave Zero, a sample library for Maschine that shatters synthesizer sameness.

As we race toward interconnectedness, the universe eventually reaches a singularity of infinite complexity, at which point everything occurs simultaneously. What if we used the complexity of sound to expand beyond genre-defining vintage instruments, or create new genres altogether?

In a move to redefine electronic music mastery, Dark Side of the Tune released today Time Wave Zero, a 490-sound sample library that moves beyond pre-conception, and resets sound in a futuristic, spontaneous environment.

Modular synthesis techniques evolve the synth aesthetic beyond brand-based character, with many modern analog synthesizer units used in tandem: no virtual or vintage instruments were harmed in the making of Time Wave Zero.

Bucking the trend of static mono samples, the new library includes many multi-samples, as well as stereo samples adding depth and space with analog time-based effects. As a result, most of the sounds are velocity sensitive and playable, similar to an analog instrument.

Time Wave Zero is available to purchase for $29.99 USD.

More information: Dark Side of the Tune

Dark Side of the Tune, Maschine, Modular