Dave Smith Instruments has announced the OB-6, a new 6-voice synthesizer with an all-analog signal path and discrete VCOs and filters developed in collaboration with Tom Oberheim. 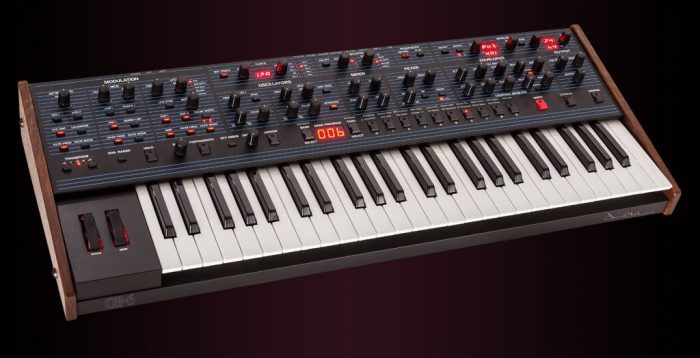 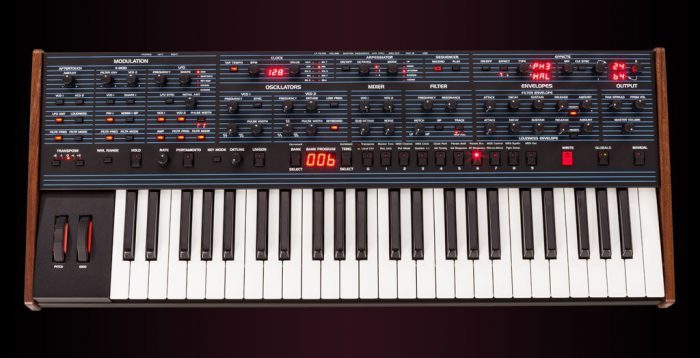 Boasting a sound engine inspired by Oberheim’s original SEM (the core of his acclaimed 4-voice and 8-voice synthesizers), the new instrument is designed to provide true, vintage SEM tone with the stability and flexibility of modern technology.

Said Dave Smith: “Tom and I have been friends and friendly competitors since the late 1970’s. Back in the day, people were typically in either the Prophet or the Oberheim camp. Now, with the Prophet-6 out and doing so well, we thought it would be fun to combine our strengths and bring back Tom’s classic polyphonic sound, too — in a modern format.” Added Tom Oberheim: “A lot of people, myself included, have always felt that the SEMs had a certain uniquely big, organic sound unlike anything else. Working with Dave to make that sound widely available again with some modern touches and full programmability has been real a pleasure.”

The OB-6 features two discrete voltage-controlled oscillators (plus sub-oscillator) per voice, with continuously variable waveshapes (sawtooth and variable-width pulse, with triangle on oscillator 2). There is a classic SEM-inspired state-variable filter (low-pass, high-pass, band-pass, and notch) per voice. Voltage-controlled amplifiers complete the all-analog signal path. “The classic, bold SEM sound is all there,” said Oberheim.

Present also is X-Mod, with filter envelope and oscillator 2 as modulation sources (with bi-polar control). Destinations include oscillator 1 frequency, oscillator 1 shape, oscillator 1 pulse width, filter cutoff, and filter mode. The knob-per-function front panel puts virtually all parameters at a user’s fingertips. Toggling on the Manual switch enables live panel mode, in which the OB-6 switches to the current settings of its knobs and switches.

A dual effects section provides studio-quality reverbs, delays (including standard and BBD), chorus, and faithful recreations of Tom Oberheim’s acclaimed phase shifter and ring modulator. The effects are digital, with 24-bit, 48 kHz resolution, but a true bypass maintains a full analog signal path. Additionally, the OB-6 features a multimode arpeggiator and a polyphonic step sequencer with up to 64 steps (and up to 6 notes per step) plus rests. It allows polyphonic keyboard input and can sync to external MIDI clock.

The full-size, four-octave, semi-weighted keyboard is velocity and aftertouch sensitive. Said Dave Smith, “As with the Prophet-6, we made size a primary concern on the OB-6. It’s the right mix of power and portability and it fits right in on-stage or in the studio.” Added Oberheim, “And of course, it’s got that unmistakable SEM sound that’s going to turn a lot of heads.”