Dubreq has announced has announced the availability of a limited-edition Bowie Stylophone, commemorating Bowie’s longstanding association with the iconic instrument, which famously featured on his breakthrough 1969 single “Space Oddity”.

The launch is the result of a collaboration between The David Bowie Archive and Dubreq, the British company that makes the instrument. Together they have released a selection of pictures of the music legend using the Stylophone.

Whilst legendary American record producer Tony Visconti, who worked closely with Bowie over many years, has gifted the team a Bowie photo from his private collection. 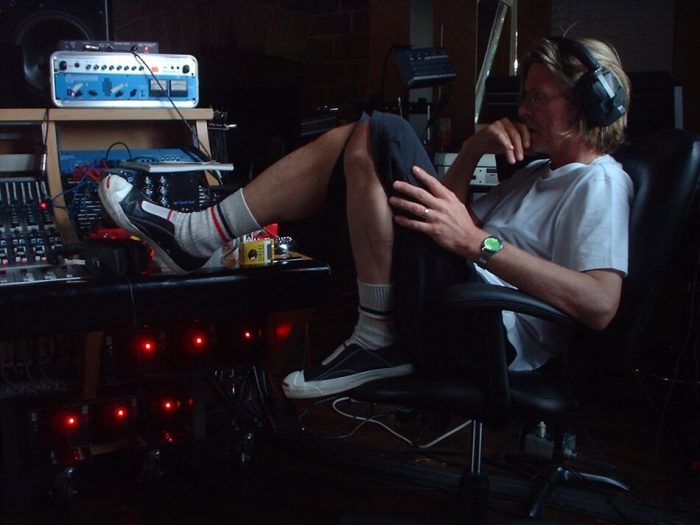 “Space Oddity” appeared on Bowie’s second album which was produced by Tony Visconti – who recalls how the young Bowie was ecstatic to be chosen by the makers of the Stylophone to receive a complimentary unit.

“He was one of the first to own one and to discover this new, quite radical way of making music. He immediately put it to work and wrote a song around the unique sound of the instrument, which was of course, Space Oddity.

For many years to come Bowie and Stylophone were names that were matched in the same breath. He would be very proud of this new incarnation named after him.”

Regarded as one of the most influential artists of the 20th century, Bowie continued to use the instrument throughout his career. As late in his career as 2002 he recorded with the Stylophone for the song “Slip Away” on his Heathen album.

The limited-edition Stylophone is available for £29.95 GBP / 34.95 EUR / $39.95 USD. It is accompanied by a commemorative booklet that explores Bowie’s music.

“There’s a big resurgence in interest in the mini synthesizer from young musicians. This limited edition Stylophone is a great way to commemorate David’s affection for the instrument and to inspire the next generation of musicians to create even more great music with the Stylophone.”