Audio Plugin Deals has announced that there is just one week left to save 79% off on its EPIC Soundlab Bundle Deal. 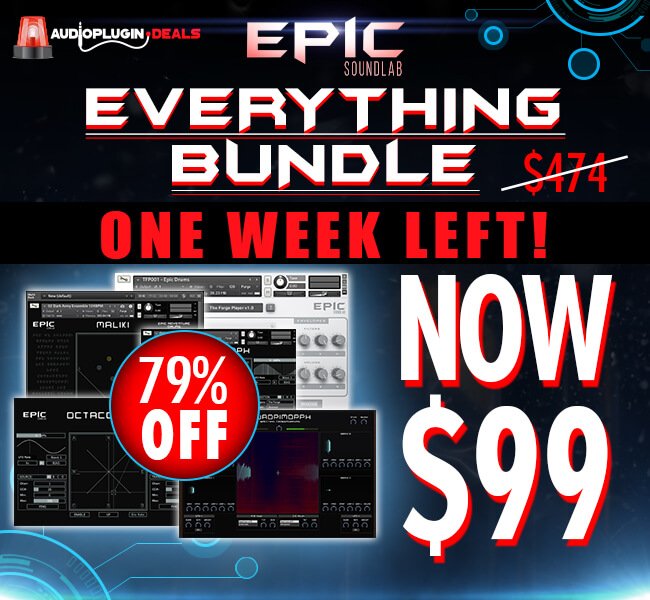 For just $99, get every single EPIC Soundlab product in one bundle. These high-quality libraries and tools are powerful, intuitive and a must-have for any serious film, TV and game composer.

Don’t miss out on this opportunity to unleash your creativity and take your next projects to the next level. Just 1 week left, don’t miss out!

The bundle includes The Forge and The Forge Player, Maliki and Octamorph for Kontakt, and two Reaktor ensembles: Quadrimorph and Octacontrol.