Decade Bride has announced the release of a proximity tone generator for Android.

The synthesizer app called ToneBars is excellent for creating meandering sequences and atmospheric tonal and drone like runs. 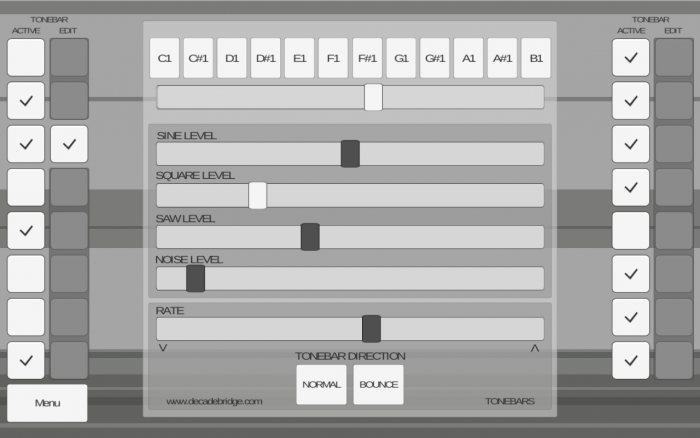 ToneBars is a proximity tone generator for audio production and performance. The volume of the synthesised waveforms are determined by their position on the play area. the closer to the top of the screen the bar is the louder the relative sound becomes.

The volume, pitch and rate of the bar’s waveforms can be edited via the ToneBars editor.

ToneBars is available from Google Play for 0.99 EUR. A free ToneBars Lite version with a cut down feature set is also available to download. 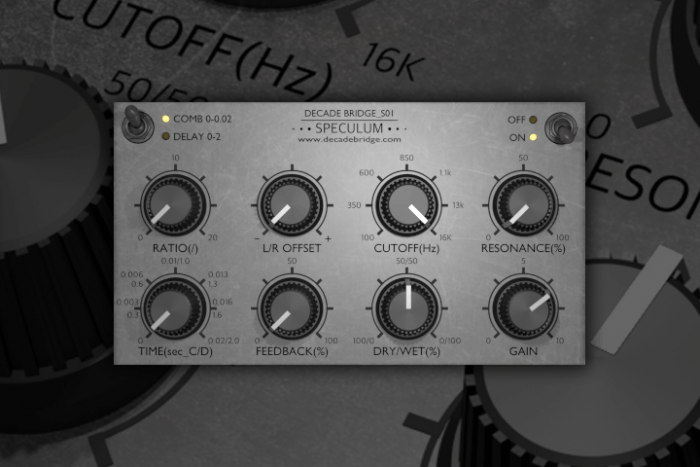 The plugin has a toggle to switch between comb filter and delay and features 8 parameters (ratio, L/R offset, cutoff & resonance, time, feedback, dry/wet and gain).

Speculum Free is available for Windows and Mac, in VST2, VST3 and AU plugin formats.