Denon DJ has announced that it has released its new version 1.3.1 firmware update for the SC5000/M Prime media player and Engine Prime music management system. 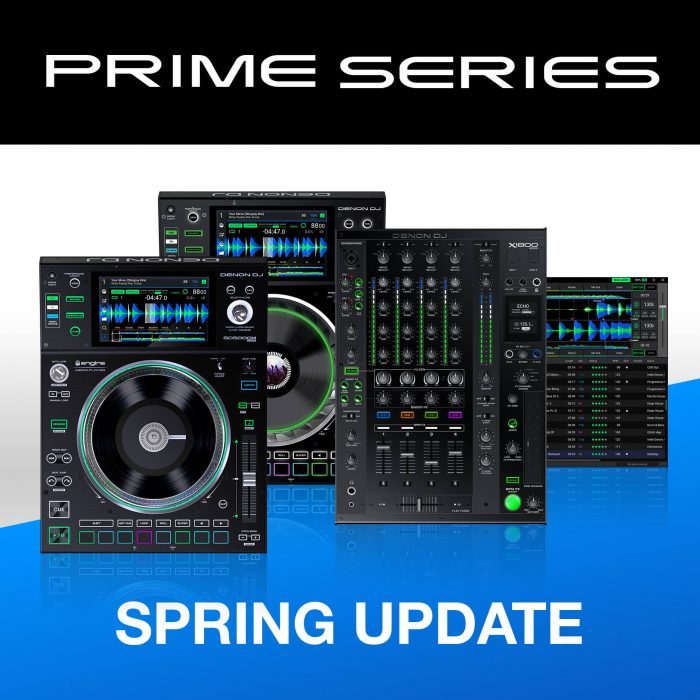 The new release unifies the feature set across all Prime Series hardware units and adds a significantly more powerful music preparation and performance workflow for DJs. Importing, editing and playing multiple format DJ collections has just been taken to the next level, representing a truly ‘open to all,’ future-facing DJ system.

Highlights of the new v1.3.1 update are as follows:

All Prime 4 units come with the 1.3.1 firmware/features update.

With the version 1.2 update, the X1800 Prime Mixer now has integrated OLED screen improvements for adjustable brightness and screensaver modes, plus a new ‘limiter’ icon to show if active. Utility settings for microphone send, gate and frequency adjustments are also added as well as ‘tap-tempo’ flexibility improvements.

“Together, the v1.3.1 (Engine Prime/SC5000/M) and v1.2 (X1800) updates bring one of the most significant enhancement sets to the Prime Series ecosystem,” said Paul Dakeyne, Creative Director for Denon DJ. He added, “The ability to directly import an entire Rekordbox collection removes any remaining hesitation a DJ would have to make the switch to this most future-facing of DJ systems. The Prime Series SC5000 and SC5000M also get significant enhancements, increasing a DJ’s workflow efficiency and creative performance capabilities simultaneously.”