Producertech has released Designing Leads with NI Massive, a tutorial video by producer Liam O’Mullane aka The Sound Tutor, focusing on the creation of soaring lead synths with the Massive synthesizer by Native Instruments. 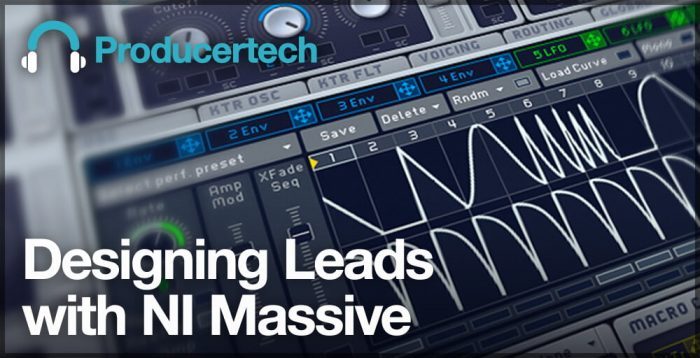 Liam has been producing music for over 20 years, and is known for his work in the drum and bass scene as TST. He is also an accomplished DJ, having demonstrated his technical mixing and scratching skills on BBC 1Xtra, and having been endorsed by the likes of Serato and Vestax. More recently, he has worked with Chris Octane as part of DnB outfit Colo(r), and has been delivering lectures at SSR London.

On the course, Liam shares his extensive sound design knowledge, walking you through the creation of a variety of differing lead sounds. The patches make full use of Massive’s capabilities, from complex evolving sounds controlled by macros, to rhythmic sounds with routing and envelope mapping allowing for intricate shaping of the timbre. The course concludes with a couple of bonus modules teaching a few compositional tips to help you create effective melodies.

Designing Leads with NI Massive is available for purchase for £19.95 GBP.