DDMF has announced the its DirectionalEQ stereo-field wizard equalizer has been released as an AudioUnit plugin for iOS. 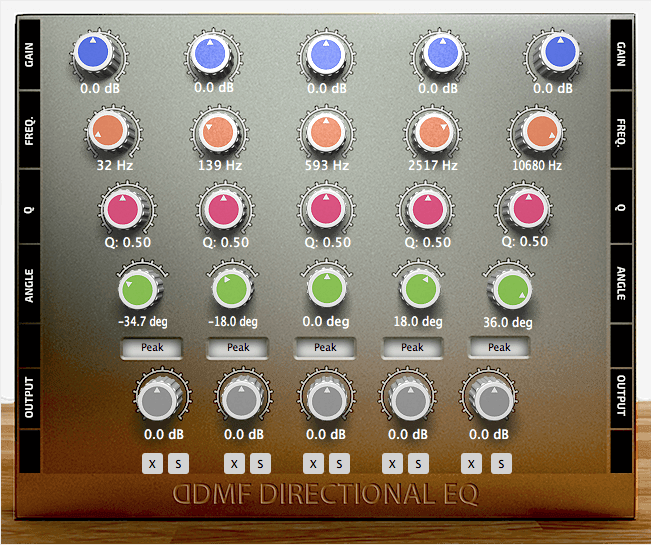 You can now use DirectionalEQ in Garageband, Cubasis, AuriaPro and other AU-compatible mobile music production hosts, and sculpt the frequencies in the stereo image as you desire.

Traditional EQs influence the spectrum of the whole stereo field simultaneously. L/R or Mid-Side-EQs allow you to treat the two channels or the mid and the side signal simultaneously. DirectionalEQ takes this concept one big step further: now you can equalize all directions in the stereo field independently!

With five bands, each of them providing state-of-the-art filter types (including 64 bit processing and 2x oversampling) plus the unique ability to specify the direction in which the channel is operational. So you need more bass at 2 o’clock, less midrange at 11 o’clock and a bit more treble from the left? No problem at all, that’s exactly what this EQ has been made for!

DirectionalEQ for iOS is available for $9.99 USD.

In addition to this new release, all other four DDMF plugins that were previously released for iOS (6144, NYCompressor, Envelope and NoLimits) have been updated to full compatibility with iOS11.