DJ CSI and Wavosaur have released Rave Generator 2, a free instrument plugin that features stab sounds from the 90s. 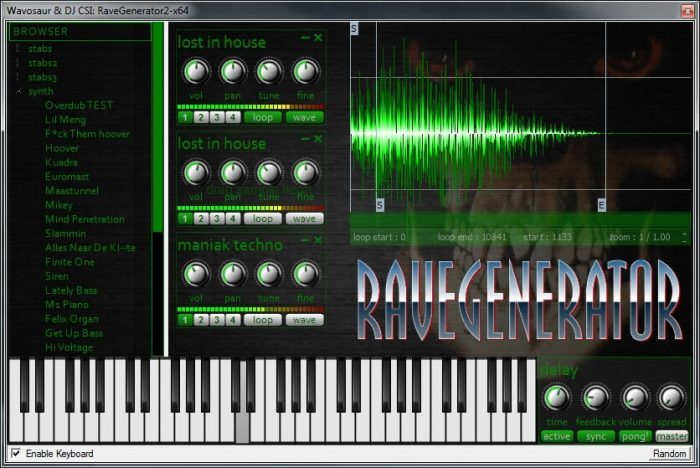 Version 2 brings VST/AU support for Mac, the ability to load your own samples, and more.

RaveGenerator VST is a rompler / sampler multi-timbral plugin in VST2 and AudioUnit format for Windows / Mac OS X and Linux: it has 128 different presets for oldschool rave and 90’s techno sound.

It contains many of the classic sounds of the early rave / hardcore era, mainly “stab” sounds. The sound engine tries to recreate the oldschool dirty sound of hardware samplers from this era.

Rave Generator 2 is available as a free download in 32 and 64 bit versions.