DMG Audio has announced the release of PitchFunk, a modulation multi fx plug-in for Windows and Mac.

This all started as a toy project – I was ill, so doing some research. I’ve always been interested in the history of pitch shifters and was researching into what it was that made the classic units so special. I built a little toy which sounded great. And then, because it seemed necessary, we added feedback. And things got a little more weird. So we added a delay, and it got weirder still. And then a filter, and then variable topologies, a massive modulation section, the moveable gainstage, MS and LR independent processing, and a host of other little things that will entertain and amuse. Suddenly the toy had grown into something monstrous. It was making sounds we couldn’t describe any more. So we’re doing the obvious, and offering it to the world. What’s the worst that can happen? 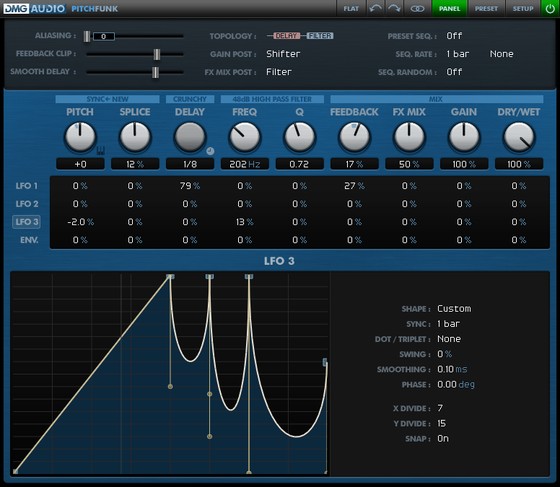 PitchFunk is available to purchase for the introductory price of £64.99 GBP for the first month. DMG Audio product owners get further discounts of up to 25% off.