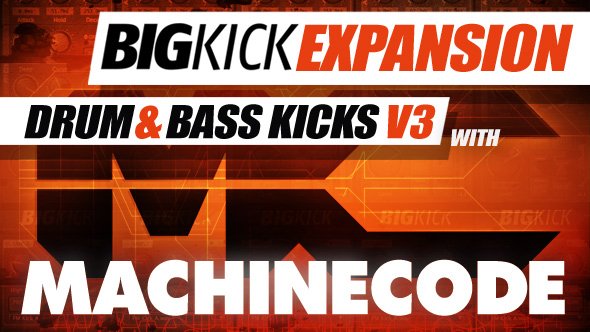 Fresh from album projects on EatBrain and Critical Music, Current Value & Dean Rodell (Aka MachineCode) have delved into their kick drum sample collection and expertly produced 64 rounded and driving kick presets for the BigKick.

The duo’s extensive and cutting edge productions are released on the leading labels within Drum & Bass and regularly receive air play from Noisia. This expansion delivers exactly what you would expect from the sonic masters.