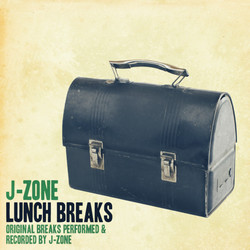 The Drum Sample Broker has announced the release of J-Zone ‘Lunch Breaks’, a sample pack featuring original breaks performed and recorded by J-Zone.

Enter the world of J-Zone, one of Hip Hop’s most underrated and slept on rappers and producers. The Iconic NYC native earned his stripes as a veteran producer and MC with a string of critically acclaimed albums a la the late 90’s-2000’s.

J-Zone’s talent spans borders! As a writer, producer, MC, and now Drummer J-Zone has earned himself a cult following that deserves nothing less than full attention.

The Drum Broker is proud to introduce a special treat, J-Zone’s ‘Lunch Breaks’, a compilation of original and familiar drum breaks performed and recorded by J-Zone.