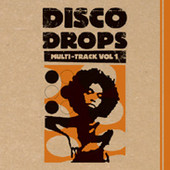 Loopmasters has released an updated version of Disco Drops, a sample library by Drumdrops.

Drumdrops go back to the Disco roots with 22 Disco Drum tracks of Four to the Floor classics ranging from 106-137 bpm in multi-track and Loop pack formats.