Pocket Funk Grooves features a collection of royalty free live beats and breaks by CJ, who has extensively recorded, gigged and toured across the UK, Europe, Russia, and USA. 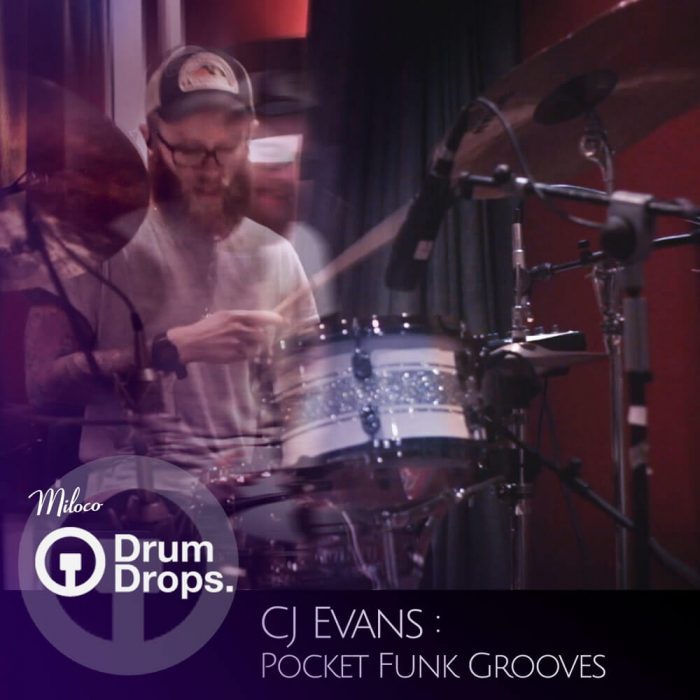 DrumDrops are proud and delighted to announce the release of Pocket Funk from session drummer extraordinaire CJ Evans. With tempos ranging from 62-123bpm CJ takes inspiration from many of the beats that have influenced him and countless others. Influences in these killer grooves from the pocket king Nate Smith to Robert Searight of Snarky Puppy, James Gadson Of Bill Withers, Chris Dave of D’Angelo, Clyde Stubblefeild of James Brown and Steve Jordan of John Mayer fame.

CJ comments,” when recording we would cover a range of tempos and feels and based upon the reference track, then I would do an interpretation of that groove. Sticking to kick, snare, hats kinda beat mainly, marking any section changes with a fill or a move to ride cymbal for a different dynamic. We then added some percussion tracks for texture and that extra FUNK!! This included bongos, congas, cowbell and tambourine”

The pack includes a total of 473 Wav loops along with single hits of each kit piece, recorded at Londons legendary Livingston Studios.

Pocket Funk Grooves is available from Loopmasters for £19.95 GBP. The multitrack edition is £29.95 GBP.