Drumdrops has announced the release of the Mapex Heavy Rock Kit, a sample library featuring the sounds of the Mapex Saturn drum kit of Jason Bowld. 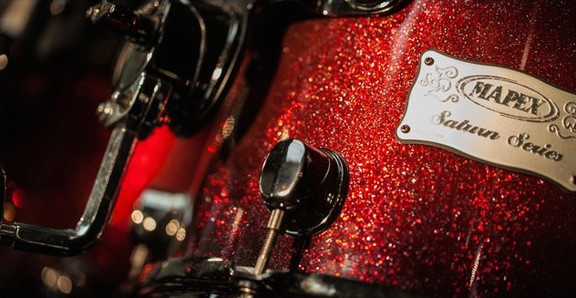 This Mapex Heavy Rock Kit was used on the Drumdrops multi-track album ‘Heavy Rock Drops’. This kit was recorded at the now shut down Garden Studios in Shoreditch, London. The kit is available to purchase in five different packs and is a must for all those who love rock drum kits.

This kit, which was a Mapex Saturn Kit comes with three Mapex Snares including a much sought after Black Panther Hammered Series snare in Phosphor Bronze. The kit also comes with three crash cymbals, a china crash and a ride cymbal. It has been recorded with 16 velocity levels and multiple articulations. This Mapex Saturn kit is owned by Jason Bowld (Killing Joke, Bullet For My Valentine) who uses it for all his recording sessions with some of the UKs leading rock producers. These kits are renowned as being one of the best rock kits.

The Garden Studios (R.I.P. 1978-2012) was responsible for recording many great UK rock bands from Siouxsie & The Banshees, The Cure, The The and The Arctic Monkeys amongst others. It had a unique recording room which defied all acoustics but just sounded great on drums. We were lucky enough to record this kit here shortly before it closed its doors for the last time. Martyn ‘Ginge’ Ford (Bullet For My Valentine, Trivium, Slipknot) was responsible for recording the kit through the vintage Neve 8026 console that resided at the studio.