Drumdrops has released version 2 of the Rogers Big R Dub Kit pack for Native Instruments Kontakt. The updated Drumdrops instrument has now been brought into line with the other Drumdrops Kontakt kits. 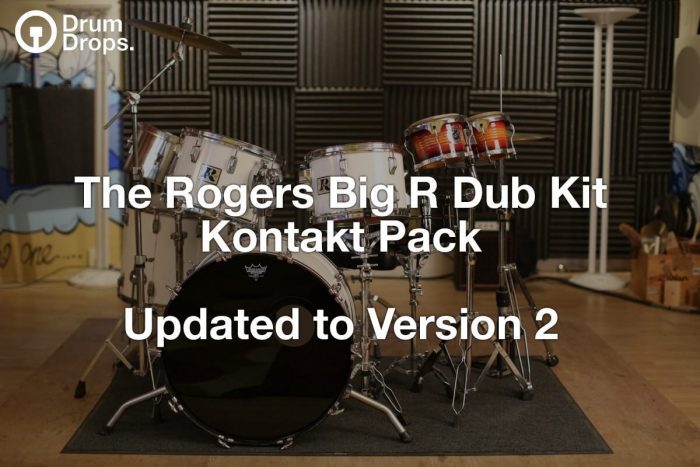 The 1970s Rogers Big R Dub Kit is the kit that we used to record Drumdrops in Dub Volume 3 and Drumdrops in Ska. This is the ultimate sounding dub kit. It is available to purchase in three different packs and is a must for anyone wanting an authentic dub drum sound. The kit was sampled in The Ironworks, a vintage tracking studio in Brighton, UK that has been used by Horseman, Little Roy, Prince Fatty amongst others. The acoustics of the live room has been masterminded by the ex-Olympic and Radio Caroline tech Mike Craig and it provides a great controlled sound for a Dub kit.

The Rogers Big R Dub Kit for Kontakt 5.4.3 or higher is available for £40 GBP. A 20% discount is available for one month only, use coupon code rogersk20 at checkout.
For customers who have previously purchased the pack they can head to their Drumdrops account and download the new version for free.