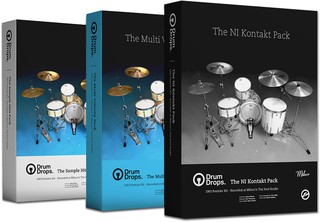 The sample packs are a must have, for anyone wanting the sound of a classic sounding British 1960s kit. It has been recorded in great detail providing up to 16 velocity levels and the Kontakt 5 pack comes with multiple round robins.

The 1963 Vintage Premier Outfits 54 kit is available to purchase at a 20% discount until January 31st, 2014. Use coupon code PREMIER20 at checkout.
The update is free for customers who have purchased V1 of the Kontakt 5 pack.