Tek’it Audio has announced an update to the DubSiren dub siren synthesizer plugin for Windows.

Last updated back in 2013, the new version comes with an improved UI and new features such as additional modulation waveforms and oversampling. DubSiren 2 is now also available for macOS (VST2/VST3/AU), alongside 64-bit for the Windows version with VST2/VST3 plugin formats. 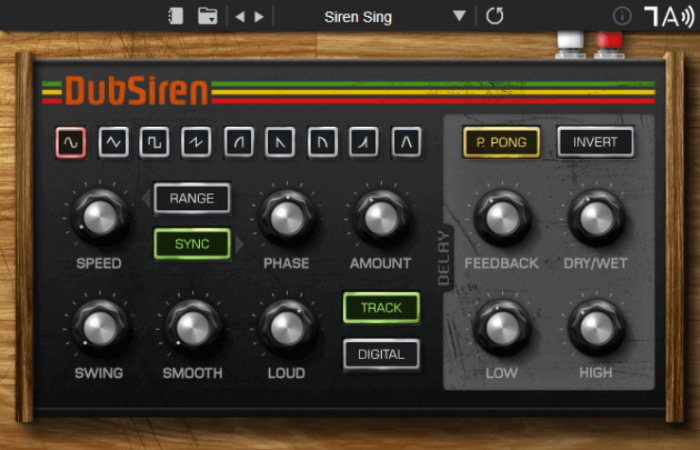 DubSiren recreate the siren sounds made famous by Jamaican sound systems. Create fat siren sound with full control over the sound, an echo/ping-pong delay and a hard clipping distortion.

Save up to 50% on Audified best-selling audio effect plugins