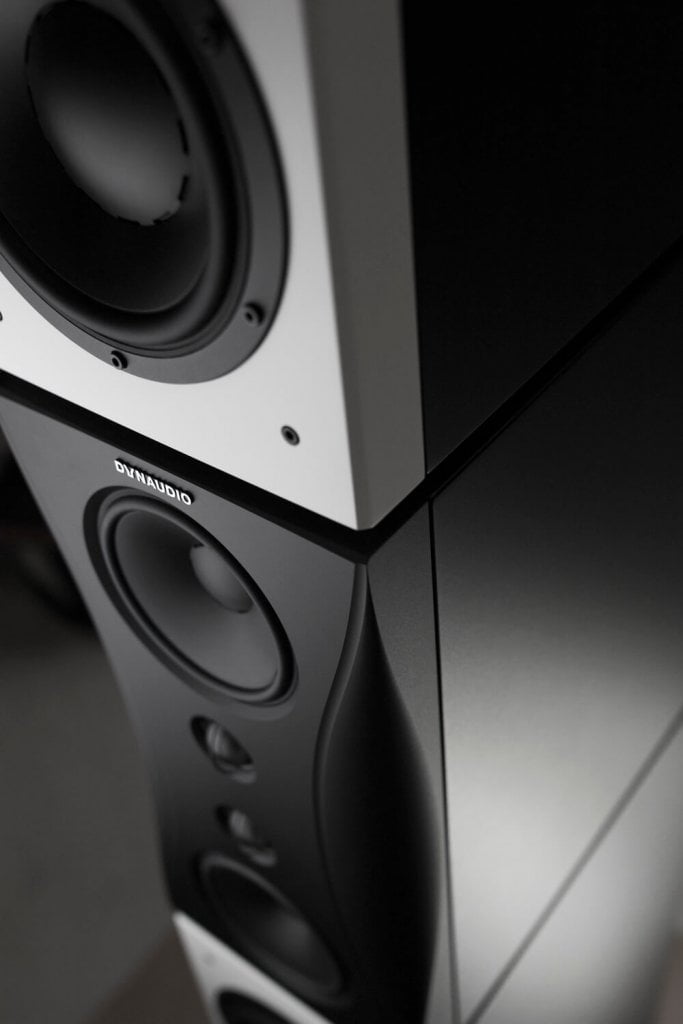 The M5P Evidence will be built to custom order by hand in Denmark, only using the very best materials available.

“The M5P Evidence monitor is a passive floor-standing studio monitor specifically designed for mastering applications,” says Dynaudio PRO product manager, Sebastian Rodens. “It has been derived from the acclaimed Evidence Platinum High-End speaker and is the first studio monitor to feature Dynaudio Directivity Control (DDC) which reduces reflections from floors and ceilings for delivering the highest possible level of transparency and details in reproduced audio to mastering engineers and other audio professionals.

A speaker that allows you to hear what is really going on and that helps you to make those crucial decisions when tweaking the EQ or working with dynamics during a mastering session.”

Dynaudio Directivity Control
Dynaudio Directivity Control builds on a vertical, symmetrical drive unit array and an elaborate crossover topology, which leads to a controlled sound radiation. With two tweeters, two mid-range drivers and four woofers per loudspeaker, each drive unit complements its counterpart with regard to frequency response and phase relationship in such a way that an immensely accurate and defined sound radiation characteristic is achieved. The energy radiated to the room’s floor and ceiling is reduced by approximately 75%. This makes the M5P less dependent on the room and less critical in positioning as compared to other studio monitors.

To implement DDC in the lower frequencies, the woofer cabinets are positioned directly above and below the midrange and high frequency driver middle section in order to provide a more equally spread radiation of the lower frequencies into the room. Further, the four-woofer-design combines the diaphragm surface of a larger single-woofer design with the power, speed and control of four smaller single voice coil-magnet-assemblies.

Specification Highlights
Being a far-field monitor, it is recommended to listen to M5P Evidence at a distance of 3 meter or more. The basic design is a 5-way crossover approach, featuring 4 x 7” woofers, 2 x 5” midrange cones and 2 x 28mm tweeters with crossover frequencies at 290 Hz, 480 Hz, 2.2 kHz and 8.5 kHz. The frequency response area covers 28 Hz to 25 kHz and the speakers are capable of handling up to 550W at 4 Ohms.

All AES Attendees Invited
To give AES visitors the best listening experience, Dynaudio demos the M5P Evidence speakers in a dedicated listening room located off the busy trade show floor (#513), and all attendees are invited to visit. In addition, Dynaudio will have a booth at on the show floor (#313).