Dynaudio has announced it is now shipping the LYD 5, LYD 7 and LYD 8, its redefined range of LYD monitors, holding true to the company’s philosophy of reproducing sound as transparently and accurately as humanly and acoustically possible. 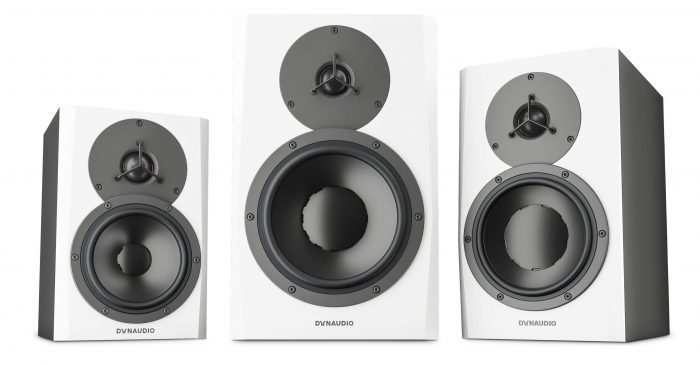 “Regardless of what type of music you produce or which LYD model you choose, we made sure that you get a precise and true image of your mix, even at low volumes,” says Dynaudio Product Manager, Sebastian Rodens, as he continues. “In particular low frequencies tend to be skewed at low listening levels, which often causes you to counter-adjust, taking bad mix decisions that likely have to be redone the next time you listen to it at a louder level. We created a monitor that ensures a consistent listening experience at any volume and as an added bonus it also allows for longer recording and mixing sessions without the introduction of listening fatigue, which is yet another phenomenon that often triggers poor mixing decisions. In short, it’s our goal that musician and producers everywhere can create great mixes at any volume at any hour and in any environment, which ultimately allows them to spend their time on creating music rather than remixing the same material over and over.”

Apart from the consistent sound reproduction across various listening levels, a most welcomed addition is an extended sweetspot, which is key when collaborating with other musicians or producers in the same room. This eliminates the need for taking turns in the dead-center position in order to make the right calls during mixing.

Further, the new LYD monitors address the classic problem of phase errors when applying EQ filters to adjust for room acoustics. Rather than relying on traditional EQ tools, LYD monitors come with tilt filters, carefully designed for tailoring the ‘balance’ perfectly to fit the environment without introducing the common phase compromises.

“Our LYD speakers build on the legacy of the highly acclaimed BM range of studio monitors,” says Ole Jensen, VP of Sales. “We have always received amazing feedback from our customers on the BM speakers, but we constantly strive to reach the next level, and I have no doubt that LYD will continue along the path that the BM and AIR ranges initiated and followed for years.

We took all the great things these monitors represented and found ways to create a next-generation reference monitor that musicians and producers working in small studios or at home can get their hands on without breaking the bank. We really do feel we have redefined the concept of reference monitoring and look forward to continue providing one of the absolute key components in the creation of great music.”

The LYD monitors will be available in Europe in July 2016, and in North America in August 2016, priced at: